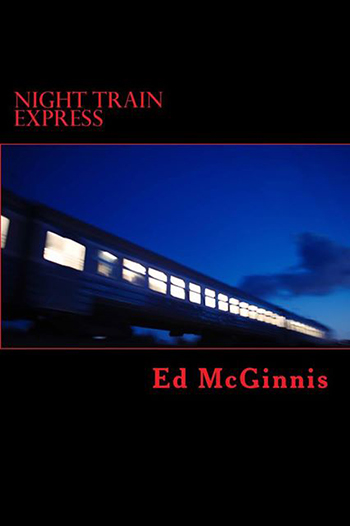 Jack Harrington—actor, Vietnam veteran, business associate of Los Angeles underworld figures–finds himself in a precarious position: at least two people are trying to kill him. He knows who one of them is. But the identity of the second would-be killer is shrouded in mystery and that killer is targeting others as well.

The deaths seem unrelated to one another and to an earlier attempt on Harrington’s life…at first. Until Jack Harrington connects the crimes and races against time to follow the bloody, serpentine trail back to its very unlikely genesis: the chaotic Southeast Asia of nineteen years earlier and the involvement of Harrington and others in a fateful–and fatal—subplot of the Vietnam War.

The Night Train Express, carrying a bizarre cast of fellow travelers with fatally conflicting agendas, is gathering speed. Jack Harrington will require all of his intelligence, charm and acting skills, his connections in both high and low places and his hard-earned street smarts—as well as a great deal of luck–to avoid being crushed beneath its wheels.