If I were to offer novel-writing advice—which I very rarely do—some of that advice would be fairly conventional, or commonsensical: read. A lot. After... 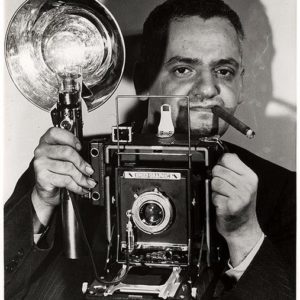 If I were to offer novel-writing advice—which I very rarely do—some of that advice would be fairly conventional, or commonsensical: read. A lot. After reading thousands of books, you can pretty much figure out how it’s done. I did. And given enough chutzpah, time and energy you can write your own novel. It won’t be easy, but you can do it. After you write that novel, revise it. Revise it again, and again. Be obsessive-compulsive. Be a perfectionist. Don’t embarrass yourself. Be afraid of that. The other advice that I’d offer about writing fiction might seem more incongruous, might not make a whole lot of sense initially: buy a camera. Single lens reflex, digital, video, cell phone, whatever.

Take a lot of pictures. Take so many pictures of so many things that you fool your brain into thinking like a camera. Why? Visualization, for one thing—you really don’t want to write anything without first framing it in the lens of your mind—and as a stimulant to tickle the subconscious with possibilities. Story possibilities. Every picture freezes a moment in time, and in each of those moments exists subtext and back story, narrative history. You can see it if you look closely enough.

Many years ago I spent a semester at a ‘prestigious’ photography school. Photography was my first love, and ambition, before writing. I don’t even remember now what sort of photographer I planned to be. Maybe I was going to shoot models for Playboy, Penthouse and Hustler. I learned quite a bit in photography school, though perhaps not the things my parents were paying for me to learn. That first semester largely involved an immersion in the technical process of photography and the mechanics of cameras, lenses and light, in developing prints, with a focus primarily on commercial photography. I had little interest in any of that. I might’ve wanted to own a Jaguar XK-E Series III roadster, to me one of the most beautiful cars ever made. I didn’t really want to know much of anything about the V-12 engine or how it worked. I was an artist, not a technician.

I found myself quickly bored with photography school, but fascinated with the people, places and things, the stories, that surrounded it. The school was located on the second and third floors of a dilapidated 19th century building north of center city Philadelphia, on the fringes of Chinatown and what was then Skid Row. It was an area of old commercial buildings, small factories and warehouses, of cheap luncheonettes, dubious bars, adult book stores, pawn shops and tattoo parlors, within blocks of the Reading Terminal Market. The building is long gone now, along with most of its neighbors, razed during the construction of the Pennsylvania Convention Center.

I’d cut class and wander around with my camera, my trusty 35mm Minolta, and a leather satchel filled with lenses, filters, flashes and film canisters. I found that I wasn’t interested, via lens or artistic consciousness, in beautiful people, naked or otherwise, or in shooting products for ads. I didn’t want to take pictures of soda cans or bars of soap; there was no there there. I was interested in the old buildings sad, forgotten and neglected, destined for the dusty denouement of demolition, in their histories and stories, in the stories and lives of the people that had worked in those buildings, many of them immigrants like my mother and grandparents. 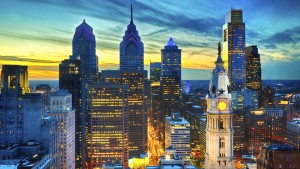 I was fascinated by the people that inhabited those streets then, fringe characters operating in a shadow world, a sort of parallel universe, just blocks away from the sunny, prosperous bustle of Market and Chestnut Streets. My camera would lead me like a divining rod into that sphere as well. I’d roam through the grand old department stores then in their golden years, the autumn of their existence—Wanamaker’s, Gimbel’s, Lit Brothers, Strawbridge & Clothier—watching people, snapping pictures, always watching, at one with the lens. I’d meander through the aromatic stalls and sawdust-floored aisles of the Reading Terminal Market, then in a bad way before its resurrection and rebirth.

I found some of those pictures recently during a move. Photos of street people, hookers and hustlers, petty criminals and stray dogs, of bottles of fortified wine drained and discarded. Old shopkeepers and merchants selling products and services that were largely of another era and about to be swallowed whole by the gape-mouthed whale of time. Travelers at the Trailways bus terminal, with cheap suitcases and faraway eyes; people in transition, suspended in alienation. Men and women ‘down on their luck’, as my mom would’ve said, at a mission and soup kitchen run by the Catholic Archdiocese down the street from the photography school. The students were mostly young and ambitious, dreamers. They were going places. The mission people had been to places that few of those students could imagine. They’d been to hell and back, their hopelessness and despair palpable even when viewed through a camera lens. Yes, they had stories. Maybe a few of those stories even had happy endings.

Not long after that I got a job at the Jersey shore that largely involved taking pictures of clubs, beach and boardwalk scenes, amusement piers, local cruise ships and motels for a tourist publication and the hotel and motel association. It didn’t pay very well, but that wasn’t important. I got to wander around a summer resort town with a camera and take pictures. I would’ve done it for free because the experience—and while I didn’t appreciate it at the time, the training in seeing and saying—was priceless. That experience is referenced in my novel Wildwood via the main character, Flanagan, who while working as a photographer waxes poetic over his love of Jersey shore motels with imaginative names and colorful histories. You’d figure the raucous and often X-rated wet t-shirt contests in the clubs would’ve been my favorite subject, but I loved those old motels, so many gone now, replaced by bland cookie-cutter condos. Loved them because the motels, like the ancient buildings overlooking the skid row streets of Philadelphia, were repositories of stories funny, sad and erotic, forums for lives lived, for drama played out. I took so many pictures that summer that I began to think like a camera, and through a dissection of those images began to think like a writer.

I came to understand that photography is not so much about the things you see, but rather how you see them. A good photographer is a good storyteller. The ‘viewfinder’ is a tool that links images and words. The found view becomes a point of view. Photography is literally ‘drawing with light’. The subject must be illuminated but that subject can be infused with the light of image or of prose. I began to appreciate the fact that each photograph is more complex than it appears, that if that picture captures a moment in time it also inspires questions about what happened before and what happens after.

One of my favorite shots from that time, also referenced in Wildwood, is a picture of three young blue collar couples sharing a blanket and cooler on the beach. Cuddling, smiling at the camera. The girls tan, sleek and pretty, sensual and content, in their got-it flaunt it string bikinis. The boys lean, strong and cocky in cutoff denim shorts, aggressively optimistic, strutting while sitting down. Enough sexual chemistry there to melt down the reactor core at Three Mile Island. A moment in time, brief and fragile. A temporary beauty. A minor snippet of history preserved, like a fossil in limestone. I didn’t know the people involved but in looking at that photo over the years I always wondered who they were, where they came from and what happened to them later. Out of such questions, out of the extrapolation of image, a story is born and built upon, a castle in the sand. I can’t tell you what happened to the kids in that picture factually, but as a novelist I could spin a web of consequence and fate, tell you how it all played out, literally and figuratively, post-Labor Day. The clues, and the cues, are embedded in the image.

It was probably inevitable given my background in photography and a childhood spent in musty old movie theaters and staying up late watching film noir classics that my initial foray into writing involved screenplays. It’s an obvious link between images and words, a literary halfway house on the road to writing novels. Dean Reisner, a friend and mentor, a legendary screenwriter who worked frequently with Clint Eastwood, created the ‘Dirty Harry’ character and many of Dirty Harry’s most memorable lines, gave me some advice, and praise. He said that I was able to visualize, which many aspiring screenwriters could not, and that visualization was the key to writing a movie. Mr. Reisner said that if every picture tells a story, every story IS a picture, an album or video, a series of pictures strung together to create a narrative: the movie of life. A film is merely a series of machine-gunned single frames that fool the brain into seeing an illusion of motion. But you have to look beyond the individual frame to understand the larger picture, and to tell the story. 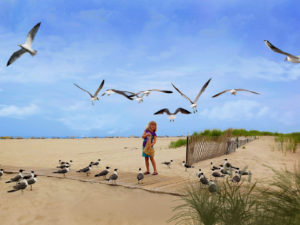 One reason that my novels are all very cinematic is that I never write anything now without picturing it first, seeing the scene, the setting and characters—often hearing the dialogue–in my mind’s eye, in the cerebral camera lens, before putting it down on paper, before the developing process begins in the darkroom of plotting and revision. Ultimately writing screenplays to me, while a much simpler task than writing novels, is not nearly as challenging, rewarding or fun. A screenplay is really the skeletal framework of a story, a blueprint, film largely a director’s medium, the writer too often relegated to a supporting role at best. But good training nonetheless, because to write a movie is to envision that movie, that story, is your mind and then transfer it to the page—again, something easier to accomplish with a background in photography.

The bottom line: if you want to write fiction or film, buy a camera. Take pictures and look very closely at, into, the images before you. Look behind and beyond the frame, at the stories there, waiting to be told.

You can thank me later.