Ridley Park resident pens book on Delaware County’s controversies They call it the Blue Route, and residents of the Philadelphia area have both loved...

They call it the Blue Route, and residents of the Philadelphia area have both loved and hated this lightning rod of a highway for forty years.

On an average day some 130,000 vehicles jam the busier stretches of Interstate 476, the principal traffic artery through Philadelphia’s western suburbs and a conduit to malls, theater multiplexes, office buildings and Philadelphia International Airport. Many of those that use I-476 are unaware of the road’s long, bitter and bizarre history, a history at the center of The Blue Route, the new novel by Ridley Park resident Ed McGinnis. 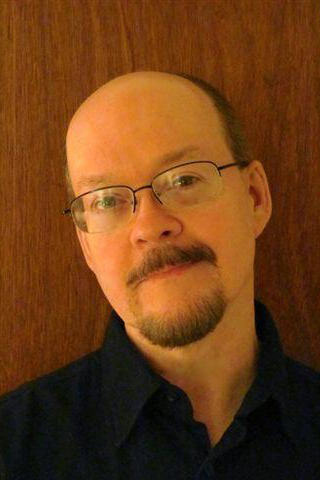 The Blue Route takes a fictional if fact-based journey through the heated protests, protracted litigation and environmental concerns that marked the construction of 476, as well as the nightmarish logistical and financial challenges and personal struggles inherent in laying a major road through a densely populated area.

The Blue Route is a murder mystery, a novel about political corruption and about ambition and obsession, but at its heart Blue Route is really a multi-faceted story of Delaware County in the 1970s, a fascinating place on many levels. From the Towne House to Eddie’s Hot Dogs, from the MacDade Mall to the Bazaar Of All Nations, from Broomall’s Lake Country Club to the Lazaretto Quarantine Station, from the rowhouses of Stonehurst Hills to a mysterious mansion known as The Castle, and with pit stops—and pivotal scenes—in virtually every bar from Drexel Hill to Marcus Hook, The Blue Route is quintessential Delco.

Ed McGinnis is the author of the novels The Blue Route and Wildwood. He grew up in Delco, in the shadow of the Blue Route, where he encountered the sort of real-life characters that inhabit his fiction: shady politicians, pragmatic cops, outlaw bikers, drug dealers, gamblers, mob figures, murder victims and killers. He has spent many summers working and vacationing at the Jersey shore, primarily in The Wildwoods. He has worked as an ad agency copywriter, technical writer and editor, in market research and in various capacities in the hospital and health care industry.

For more information, contact the author: edmcginnis476@gmail.com or visit edmcginnis.net, Facebook.com/edmcginnisbooks The print edition of The Blue Route is available from Amazon.com, barnesandnoble.com and other online retailers, and through the Delaware County Library System, the Kindle e-book from Amazon.

Written By
Ed Mcginnis
More from Ed Mcginnis
Wes Hunter has confronted mortality in its various forms. Blaming himself for...
Read More